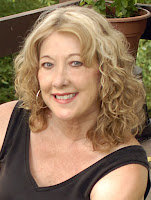 As I've discussed this project during our Call for Submissions, several poets have admitted that sometimes they weren't quite sure if particular poems are narrative or not. I know Jane addressed the question in an earlier post. One of my simplest explanations:  Something happens. From a more practical standpoint, though, I think an example serves not only to illustrate but to show what we have in mind for this project, especially since our intended audience will be readers, not writers.

When I had the first inkling of what I wanted to do with this project, Cathy Smith Bowers was service her term at North Carolina Poet Laureate. Those of you who came into contact with Cathy during her time know what a force she is.  I love so many of her poems, but two in particular I find myself sharing again and again.

If you love poems, you may have done the same thing: You read a poem that brings to mind a friend, someone who doesn't write poetry and who may not even read it often. These are also the ones you'll ask the poet to be sure to include in a reading.  For Bowers, the two are "Syntax" and this one from The Collected Poems of Cathy Smith Bowers (Press 53) I share with permission:

One night in a pub
on the outskirts of Roanoke,
I sat with my husband

of our drinks. I was writing
in my journal, journaling
a journey soon coming

to its end when suddenly,
at the table to our left,
a soft commotion of arms

and hands. I looked
at my husband, lost in some
lost moment of the now

lost day, and then at them,
a subtle, peripheral glance
I had long ago perfected.

I could easily have touched
them – they were that close – lovers,
perhaps, signing to each other

their tongueless words. Each
in turn, their hands rose, bright
wings above the flame’s dim

corona, secret negotiations
of finger and thumb.
I was stunned to see

how beautiful he was, as if
in the convoluted logic
of my mind, those devoid

of sound and speech must, too,
be devoid of loveliness.
I could see the silvery sheen

of her nails, glimmer of bracelets
and rings as they mounted the air,
lifting then falling, strafing

the crumbed and waxy
landscape of the table below.
When they left, something

fluttered to the floor, the napkin
they had at intervals been scribbling
on, passing back and forth,

the sweet lexicon of their
hands eluding even them.
My husband reached down,

handed it to me. Slowly
I began to read,
unfolding like lingerie

the delicate layers,
each boneless
fleshless

syllable
naked before
my eyes: She
should be talkingto him, it said, not writingin that book. Poor guy,

he looks so lonely.

That poem has everything a good story could ever hope to include: characters, setting, conflict, dialogue (even though it appears first in gestures, then in writing.) The poet chooses her words and her images carefully, setting the tone of the poem. The figurative language is subtle and fresh--the "waning moons" of the drinks, the message on the napkin "unfolding like lingerie."